Who knew all those muscles were involved in one little sneeze

When we were children, my parents bought us “The Letter People”.  It was a boxed set of phonics exercises for pre-school children aimed at teaching kids how to properly recognize, pronounce and associate letters in the alphabet to words in the English language.

As my name starts with an A, I had a natural affinity toward Miss A.  This poor lady found herself with a humorous case of the sniffles!  Each letter had a song that expressed their personality in a manner that had something to do with the letter they were; and more than 30 years later, I can still remember most of the songs. 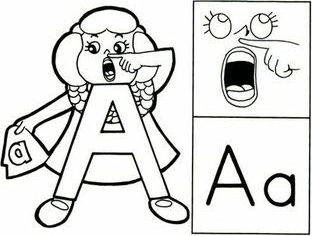 Mind you, I didn’t realize I remembered these songs until the moment one was triggered in my brain.

No, it wasn’t until I sneezed today and it felt like all of the muscles in my abdomen were shredded into a thousand tiny pieces that Miss A’s song came to mind.

After a tirade of swearing that would make any seafaring pirate blush, I laughed to myself and began to sing this song:

I certainly don’t sneeze all day when I’m happy, but when I do sneeze and this song comes to mind, I can’t help but smile.

While I am sitting in this nostalgic place, here is Mr. S with his theme song.

You brought my family a lot of joy.  Whether it be from touching the bottom of the probes imaged above to our tongues (on a dare of course, because they were powered by 9-volt batteries and that’s how siblings played in the 80’s) to listening to the ’45 of that theme ad nauseam, we had a lot of fun with The Letter People.  I’d say, “Sorry Mom and Dad”, but you did this to yourselves.  You wanted us to learn and have fun at the same time.  We learned about phonics and electricity!

I hope you enjoyed this little glimpse into some of the inner workings of this writer’s mind, but for now, I have to go find that tiny rectangular pillow from the fancy 12 piece bedspread I bought years ago.  I have to hold it tightly my stomach in case of another Ahhhh-Choo!  I knew it was included for a reason.  I just had to be patient.  The rest of it can remain packed away until its purpose comes to light.  Preferably, in a less traumatic way.

Have a fantastic rest of your weekend!

Thanks for Stopping By!

I hope to have new content up once a week.  Check back often!